You are here: Home / Community Engagement / The Wikidata project for the performing arts is on!

Wikipedia is the world’s most recognized digital encyclopedia. Known for its governance values, its rigorous nature, its openness and its multilingual content, it has become the cornerstone of digital discoverability. Search engine algorithms give Wikipedia an extremely high credibility rating, increasing the value of all Wikipedia data. Collaborative in nature, gigantic in scale, royalty-free, it is nevertheless just a small part of the vast ecosystem dedicated to knowledge that is burgeoning under the auspices of the Wikimedia Foundation. A powerful new member—Wikidata—has appeared in this flourishing ecosystem to gather and host knowledge in an open database.

Unlike its cousin Wikipedia which provides information about things and people past and present in the form of webpages, Wikidata is a database of knowledge. Its goal is to serve as a common source of multilingual linked data for descriptive and factual information about people and places, historical events, socio-economic conditions and culture.

Performing arts—theatre, dance, opera, circus, actors, performing arts professionals, performance spaces, the works themselves, etc.—are a natural fit and need to carve out their space in this expanding knowledge base.

A simple RDF triplet system of subject, predicate, object is at the heart of Wikidata. Take Othello, for example. Othello is a play. William Shakespeare is the author of Othello. The first performance of Othello was in 1608. This organizing principle of interlinking discrete data elements resembles somewhat the neural networks of the human brain.

As all content must be under a Creative Commons CC0 licence, the data used by different Wikimedia projects can be centralized and feed virtual assistants in any language. Virtual assistants such as Siri or Alexa and Google infoboxes have revolutionized how we search and have moved us to a recommendation model. We no longer look at search results, we get a SINGLE answer. To arrive at this answer, algorithms need to have access to data and information. This is why it’s so important to be there in Wikidata. It’s the key that unlocks the great worldwide body of cultural knowledge, the means to regain control of one’s own data by editing and managing it strategically in an environment that is the starting point of digital discoverability

Why have a Wikidata project for the performing arts?

The theatre world’s data is stored in various directories and databases. This data would greatly benefit from being shared, linked and published freely in Wikidata. Having our events, artists, organizations, theatres, etc. in this database would propel digital discoverability of our field of activity. This is what we have to gain by being in Wikidata:

Putting data in Wikidata adds value to the theatre community 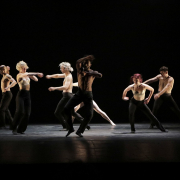 CC BY 2.0 5 Steps to Improve Your Digital Presence 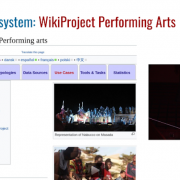 Wikidata award for the performing arts 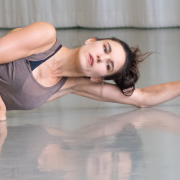 A Journey Into Wikidata with Five Indigenous Artists 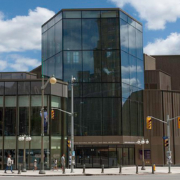